This is honestly the coolest thing ever. So happy to have stumbled across this great video:

Crazy Judges at the Olympics

First of all, why is Nellie Kim here? She should not be allowed to set foot in the arena, much less serve on the International Olympic Committee, FIG, or anything else. And yet there she was as the head D score judge. If you're wondering what she did, she admitted to cheating while judging the 1992 Olympics. Among other things, she awarded Svetlana Boginskaya's bars with a perfect 10.

Um, are the vault judges BLIND?! Apparently so, because McKayla Maroney's perfect vault during the team final was WORLDS better than any of Gabby's attempts. However, the judges scored Gabby's vault during the all around, on which she took several steps, within 3 tenths of McKayla's flawless one from TF. So in effect, if Gabby had stuck her vault the way McKayla stuck her, Gabby's vault would have received the same score as McKayla's highest scoring vault ever. RIDICULOUS.

To read more about the FUCKING CRAZY JUDGES, just go to gymtruthteller's site. I'm done.
Posted by Unknown at 5:33 AM No comments:

Why Does Everyone Search For "McKayla Maroney Sexy"?? 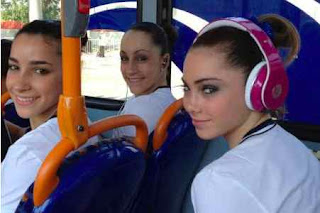 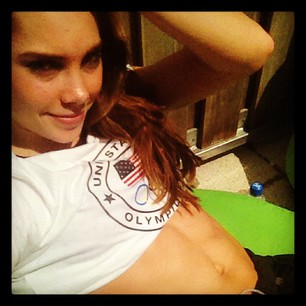 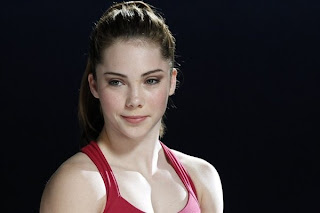 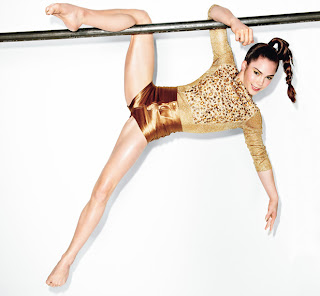 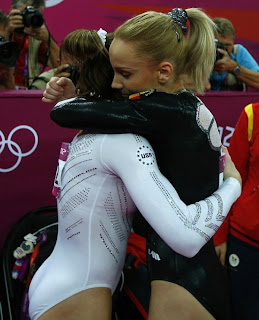 LOL. Admittedly she is the prettiest gymnast of the quad.
Posted by Unknown at 9:02 PM 2 comments: 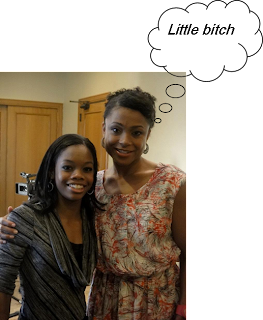 However, I will be realistic and admit that with all the judges love for Gabby and Komova, they are sure to go 1-2 if they hit. Gabby is due to headcase though, so we shall see;)
Posted by Unknown at 6:39 PM 3 comments:

-Orozco and Leyva started and floor, and rocked through their routines. Only issues were form in the air and hops on landings.
-Pom didn't go so well for the two US men; Orozco looked tired throughout, and I think I saw him bump his legs on the horse a few times. When he came to his dismount, he stopped on the way up to his handstand, and barely struggled it up.
-Leyva's pom was better than John Orozco's, but he struggled his dismount as well. Next up, the US men are on rings.
-Standings so far: http://www.nbcolympics.com/gymnastics/event/men-all-around/phase=gam024100/index.html

-Orozco and Leyva both perform well on rings, and Orozco manages to outscore his teammate. However, his disaster on the pommel horse is still dragging him down to 20th place, and Leyva is ranked 15th at the halfway point.

-On vault Leyva pulls his best score of the day, a 15.566.
-Great Britain's Thomas Kristian just sat his vault.
-Orozco's vault earns him a very good 15.9, but could have been higher if his hands hadn't landed on the very front of the table. It looked like he almost missed them! So he didn't have much height in the air.

-Great p bars from Leyva; his dad is jumping up and down.
-Orozco 15.2something on p bars. Uchimura meanwhile maintains his lead with a nailed high bar set and stuck dismount!

-The Americans are up next on high bar to finish off. Leyva drew to go last, so his score could be huge if he hits. He's got a real chance for bronze. I love Orozco but I honestly wonder how he beat Leyva at nationals??
-Orozco had a good high bar but his total just couldn't recover from his mistakes on pom. I'm hoping the national champ will be back for Rio:)

A disappointing day for Orozco, but a great day for his teammate Danell Leyva who finishes with the bronze! The US men's first medal in gymnastics at these games!

-And Uchimura, silver medalist in 2008, wins it all this time as predicted.
Posted by Unknown at 9:20 AM No comments:

Here's a link to all the scores, rankings, and schedules for Olympics gymnastics. Results for every other sport can be found here as well:

The next event will be the men's team final, which streams live at 11:30. John Orozco and Danell Leyva start on floor, so don't forget to change the stream to each event as they rotate through, and watch the other competitors in the second window!

Personally I would love for John Orozco to win gold. Especially after the disappointing finish during team finals. However, if Japan's Uchimura hits it will go to him, and John's teammate Leyva will make some tough competition as well. I can't wait!
Posted by Unknown at 8:26 PM No comments: